Ravid Abarbanel is a dancer, choreographer and teacher based in Israel / Spain.
She graduated from The Maslool Professional Dance Program, Codarts University of the Arts in Rotterdam and holds a B-Dance degree from the Jerusalem Academy of Music and Dance.

Among her works, Underneath, Crumbling, ALIZA, WildHome, HomeLima,
Home NC and Uprooted.
Ravid was awarded a full scholarship to the “DanceWEB” and American Dance Festival, 3th Prize for choreography at the International Dance Theatre Competition in Stuttgart and The Best performer prize at the Barnes Crossing SoloDue, Cologne, Germany.
She received ‘Ehud Manor’ Prize for supporting her ongoing process – HOME.
Teaching and performing on different platforms around the world.

Selected with: A ROOM INSIDE MIND

Her work is based on the exploration, in the hybridization between these languages, in the framework of: travel around the world.

Site-specific creations where she questions mainly our perception and the links that we establish between ourselves and between notions that we take for granted. Giving value to unmanifest worlds. From 2003 to the present, she coordinates the „dance lab“ dance workshop based on poetics of movement, Buenos Aires, Cordoba, Oaxana, Mexico DF, Miami, Nantes, Paris, Uruguay, Hiroshima, Tokio, Kobe, some of the places where it was performed. Some techniques of movement that have been important in her work are the Tango, Butoh, physical theater. As a performer and dancer, she has created pieces like „Migrant Beings“, „Privilege of silence“ and „Night walk“. She has participated presenting her work at international festivals and experience a 8-month residency program to learn dance & choreography. ArtTheater dB, Kobe, Japan. 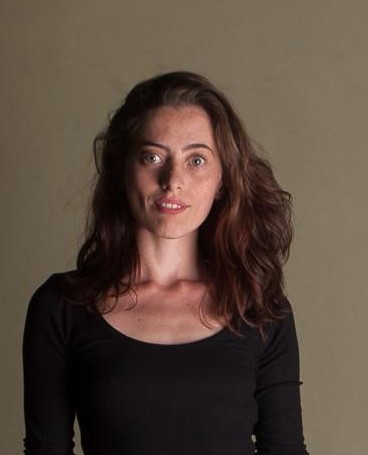 Vittoria Franchina, born in Milan in 1994, started her professional training at Accademia Susanna Beltrami/Dancehaus, where she graduated in 2016. She performed works by Susanna Beltrami, Diego Tortelli, Matteo Bittante and Virginia Spallarossa (compagnia Déjà Donné).
She is also part of I FIGLI DI MARLA, a performance art company based in Milan and is co-founder of “dueditre”, a contemporary dance collective produced by DanceHauspiù.

Luca Scaduto is a Dancer, Young Choreographer and Dance Teacher born in the occidental cost side of Sicily, Italy. He started his Professional Dance Studies in 2013 to Graduate in 2015 with the ISTD Imperial Classical Ballet Advanced 2 Level Diploma, in „Professione Danza Parma“ and becoming now a member of the ISTD Imperial Classical Ballet Teachers.
During the Studies and the Career, numerous scholarships, admission to prestigious schools, qualifications among first places of prestigious competitions, and Special Mention as Best Male Interpreter, got achieved.
Among the Last one in 2018/19  „Der TheaterPreis“ in Theater Ulm.

To keep his career Versatile and Dynamic, he also was member as a Performer of: Costa Cuise Line; „West Side Story“ BSMT Musical Production; „La Cage Aux Folle“, Theater Ulm and at the same time Teaching in different Schools, and working for the same as Young Choreographer.
At The Moment, he is Working for “Ballett der Theater Nordhausen/Loh-Orchester Sondershausen” in Nordhausen (Germany) as Dancer and fully Experimenting his attitude for Ballet Training and Choreographer, taking part, with his own creation, of some Organized Events. 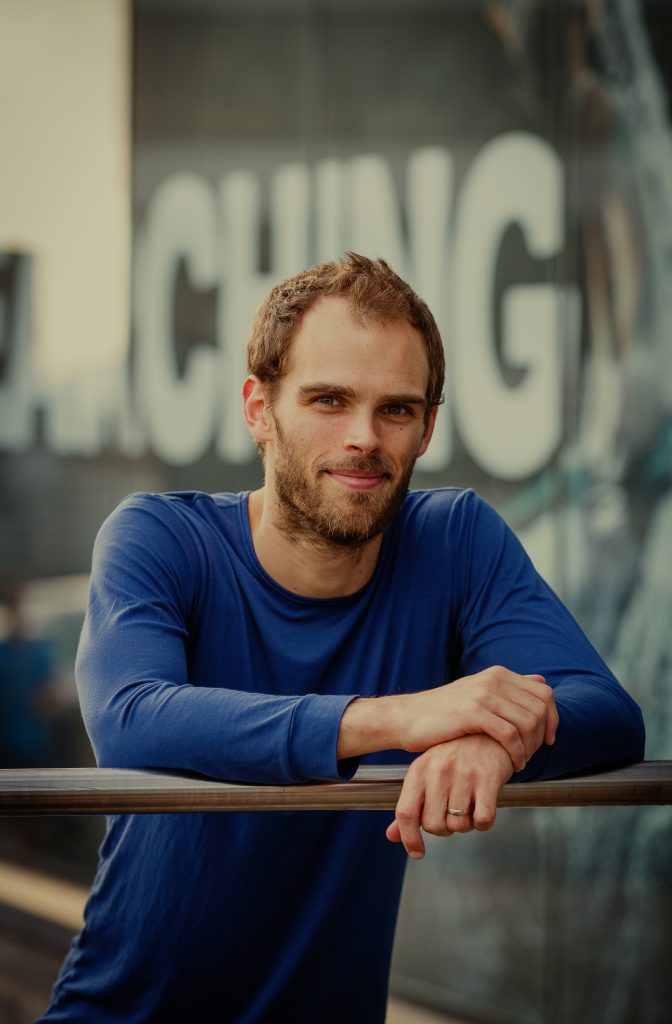 James Wilton Dance was founded in 2010. The company has won awards at the Bern, Hannover and MASDANZA International Choreography competitions and the Sadler’s Wells Global Dance Contest.

The company’s first full evening work Last Man Standing (2014) was performed 78 times and won an award at the Bern Tanzprize in Switzerland. Subsequent productions LEVIATHAN (2016) and The Storm (2018) toured even more extensively, achieving close to 200 performances between them, including sold out runs at Edinburgh Fringe Festival, performances in Germany, Gibraltar, Austria, Peru, Spain, Poland and Sweden. LEVIATHAN was nominated for best dance production at the Manchester Theatre Awards.

James Wilton has created works for Scottish Dance Theatre, Konzert Theater Bern, Theater Münster, Opera Graz, Ballet Hagen and dance company Giessen and has choreographed a work for 50 professional dancers for performances at Millennium and Wembley Stadiums (reaching over 110,000 people in the process).

James Wilton Dance is based in Cornwall, and has been commissioned by more than a dozen venues across the UK, with long term partnerships to create work for the audiences of Hall for Cornwall, Blackpool Grand and DanceEast, among others. Its works have been part of the Rural Touring for Dance Initiative 2017-19, and the upcoming production of iRobot is supported by Applause Rural Touring.

Cristian Cucco, born in 1988, he graduated with honors in 2010 at the „Accademia Pier Lombardo danza“ directed by Susanna Beltrami (now Dancehaus – Accademia Susanna Beltrami). Since 2009 he began his artistic career with the „Giovane Compagnia Pier Lombardo Danza“, directed by Susanna Beltrami, collaborates with the „Compagnia Susanna Beltrami“ and „Dancehaus Company“ by Matteo Bittante. In the last 5 years he has worked with Emanuel Gat , Balletto Teatro di Torino, Diego Tortelli, Compagnia Abbondanza Bertoni and Marigia Maggipinto. As a choreographer he experimented his work collaborating with the Conservatorio della Svizzera Italiana, with the IED and with the pianist Roberto Binetti. In 2018 an authorial project was born with colleague Alice Beatrice Carrino called „|duonux|“.

Born in ’88, after graduating from classical high school, he graduated with honors in 2010 at the „Accademia Pier Lombardo danza“ directed by
Susanna Beltrami (now Dancehaus – Accademia Susanna Beltrami) and entered the DTC master course. She collaborates with the Company Susanna Beltrami, of which since 2011 she is a solo dancer. In 2015 she graduated in Cultural Heritage Sciences with a thesis in History of Contemporary Theatre. At the same time she works with other choreographers: Matteo Bittante Dancehaus Company, Nihat Isa Sham Company, Fabrizio Calanna Compagnia Vuotoperpieno, Daniele Longo, Romina Contiero Rc Modern Dance Company. She collaborates with the Japanese percussionist Leonard Eto and with the Conservatory of Music of Lugano. In 2018 an authorial project was born with colleague Cristian Cucco called „|duo nux|“ 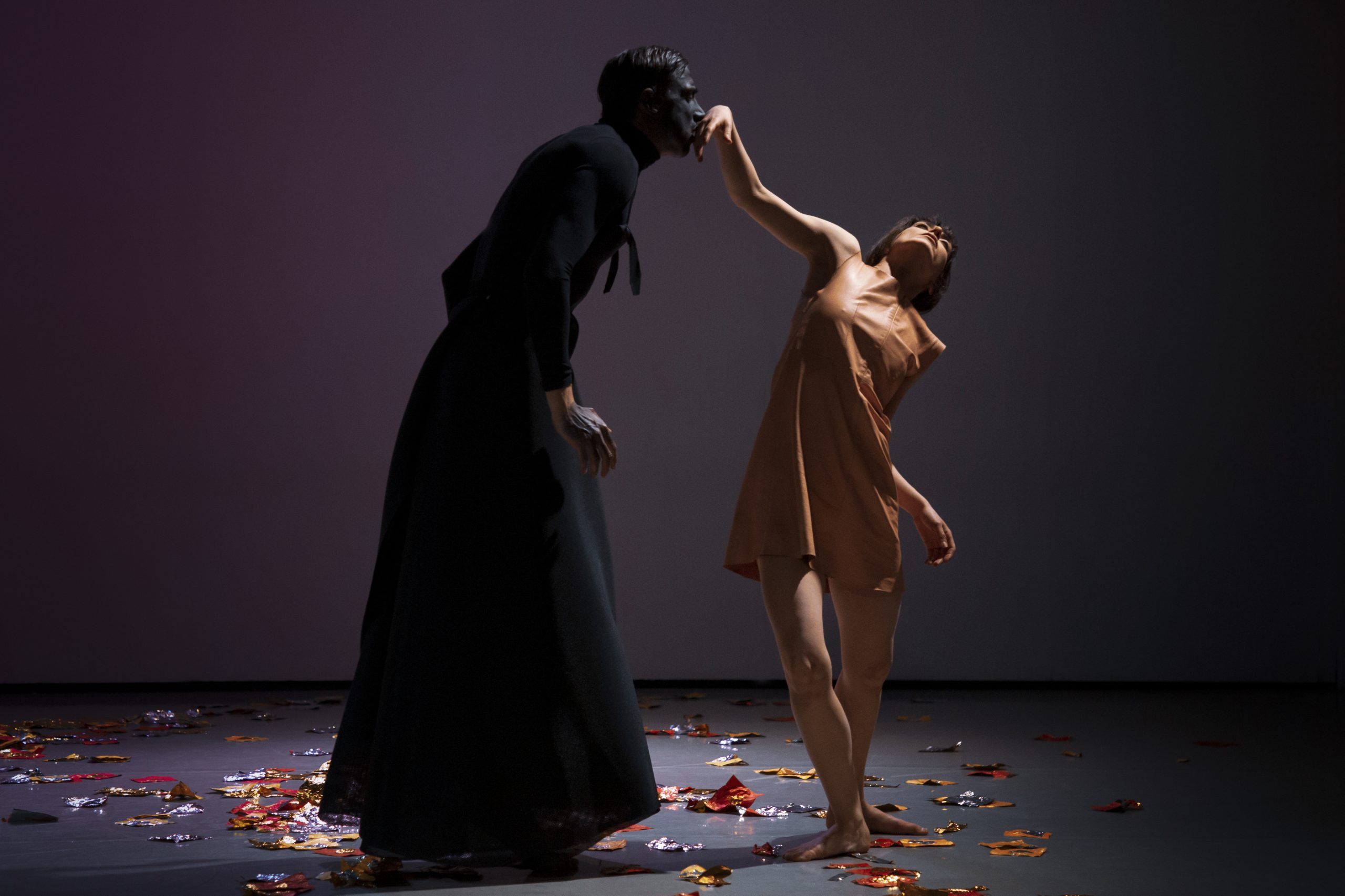 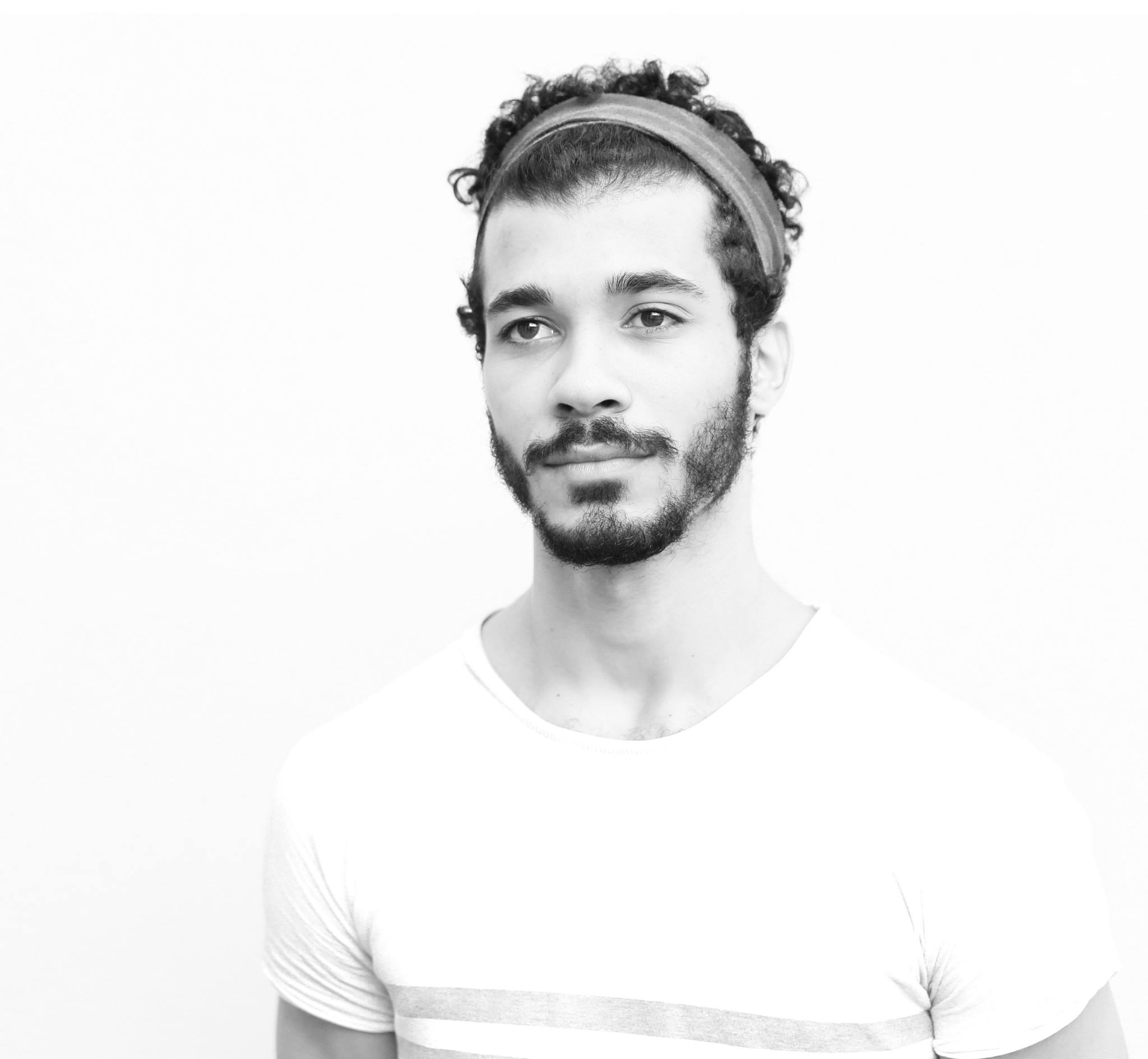 Selected with: SCENT OF HER GARDENIAS

Raised in São Paulo, city in which started dancing, and where he graduated in Phylosophy. Danced in companies and small projects in Brazil, Cuba, Italy, Germany and Switzerland, and currently at the Zurich Ballet. Started working as a choreographer in 2013, and since then produced solos, duets and full length pieces in Sao Paulo and Zurich.

Selected with: A PLEA FOR IMPERMANENCE EXCERPT

Jason Martin is a dancer, actor, movement teacher and choreographer based in Montreal, Quebec, Canada. A former graduate from the École de Danse Contemporaine de Montréal in 2012, he has worked for Canadian companies such as Compagnie Marie Chouinard, Compagnie Dave St-Pierre, Daniel Léveillé Danse, The Holy Body Tattoo, Sylvain Émard Danse, Compagnie Virginie Brunelle, Louise Bédard Danse, le Carré des Lombes, le Fils d’Adrien Danse, Danse K par K, VIVUS/James Viveiros and Skeels Danse. In parallel, Jason has developed an interest in teaching and is invited regularly to give workshops to professionals, and in professional training programs working with circus, theatre and dance artists. In 2016, he founded his company ENTITEY, creating pieces that revolve around the interdependence of the human condition. His work has been presented in Canada, Israel, Mexico, Germany and soon in Hungaria. Namely with UNTAMED (2016), Falling (2017) co-created with Janelle Hacault, BEYOND (2018) while guest artist-in-residence at Winnipeg’s Contemporary Dancers, (AND) (2018), and Study nO.1 (2019) winning awarded dancer at the SoloDuo NRW + Friends International Dance Festival in Cologne in 2021. His new solo work entitled A Plea for Impermanence will premiere at the Festival From Jaffa to Agripas in Jerusalem in October 2021. 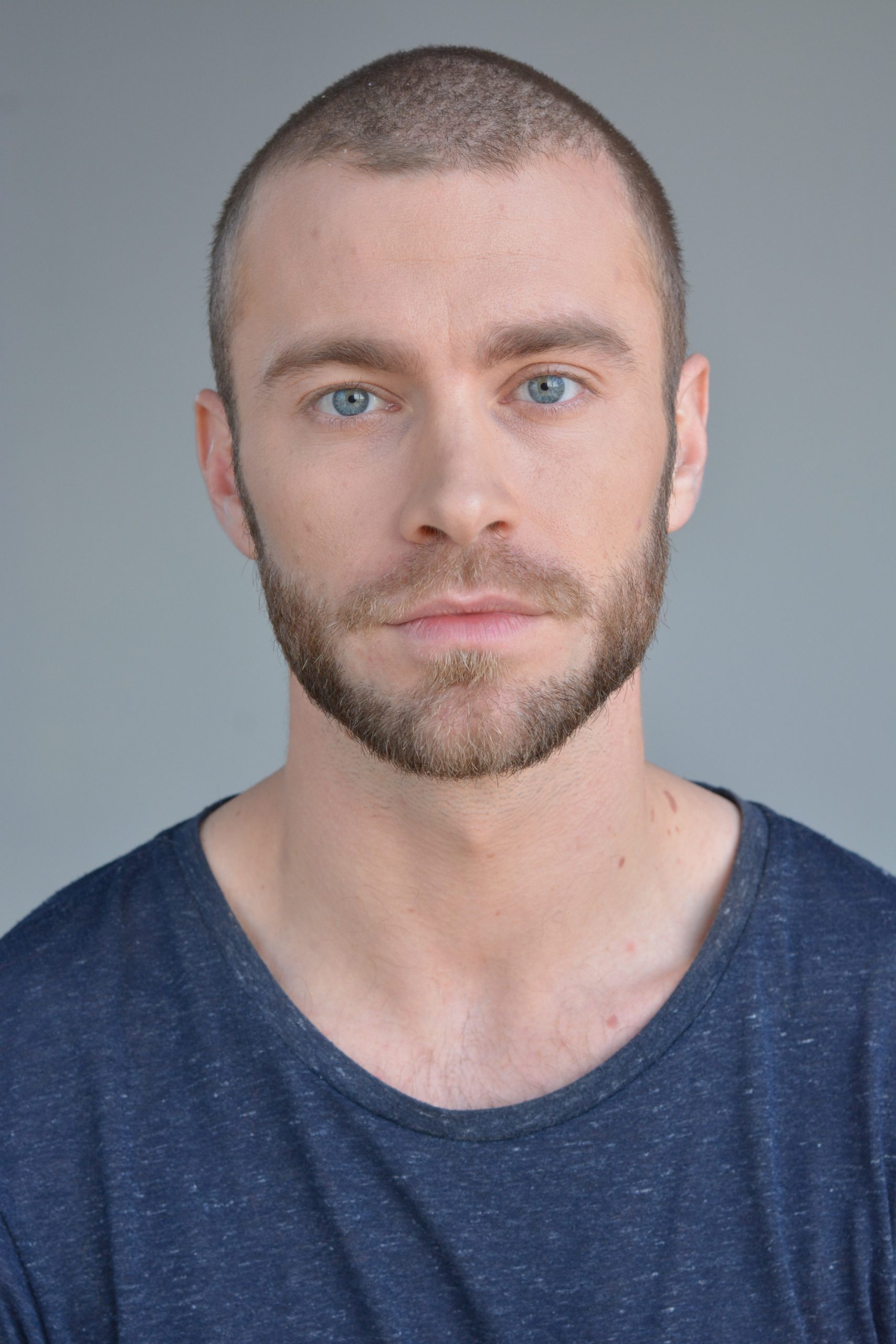 Alexandre Fandard is a visual artist and choreographer, all like his pictorial works, his choreographic language does not freeze in a form, the genesis of its writing choreography arises from the need to depict what does not not said in words. After a brief stint at the International Dance Academy of Paris, he becomes a performer in the work of the director scene Brett Bailey named „Exhibit b“ for three years consecutive, while continuing his work as a painter. This experience reinforces his taste and his desire to see the scenic space, movement and dance through a radically asserted pictorial aesthetic, where the image speaks as much as the body and is one. He will then perform for La Cie de Soi by the choreographer Redouhane El Medeb, dans la création „Heroes“ (Prelude). In 2017, the choreographer becomes resident at CentquatreParis, where he will create his first solo, named „Some remain so „, awarded three times in France and abroad and with which he will be selected in particular 2018 FoRTE winners (Ile de France). In September 2020, the choreographer creates a duo named “ Far away on the horizon „. This second piece confirms theplastic and significant force of the choreographer’s writing. This second piece is currently in circulation in France and abroad. That same year, Alexandre also performed in the new 2020 creation by Olivier de Sagazan. Alexandre is currently being created on his new piece scheduled for 2022, a new solo titled „Like a symbol“ dealing with the figure of the commuter. The choreographer is supported by foreign partners and in French: In particular by the Centquatre-Paris, L’Espace 1789, La Villette and Étoile du Nord where he is an artist partner since 2019.

Selected with: SEAL OF CAIN

Moscow-born dancer and choreographer based in Berlin, who is intuitively exploring and discover a combination between movement, emotion, and future in his works. 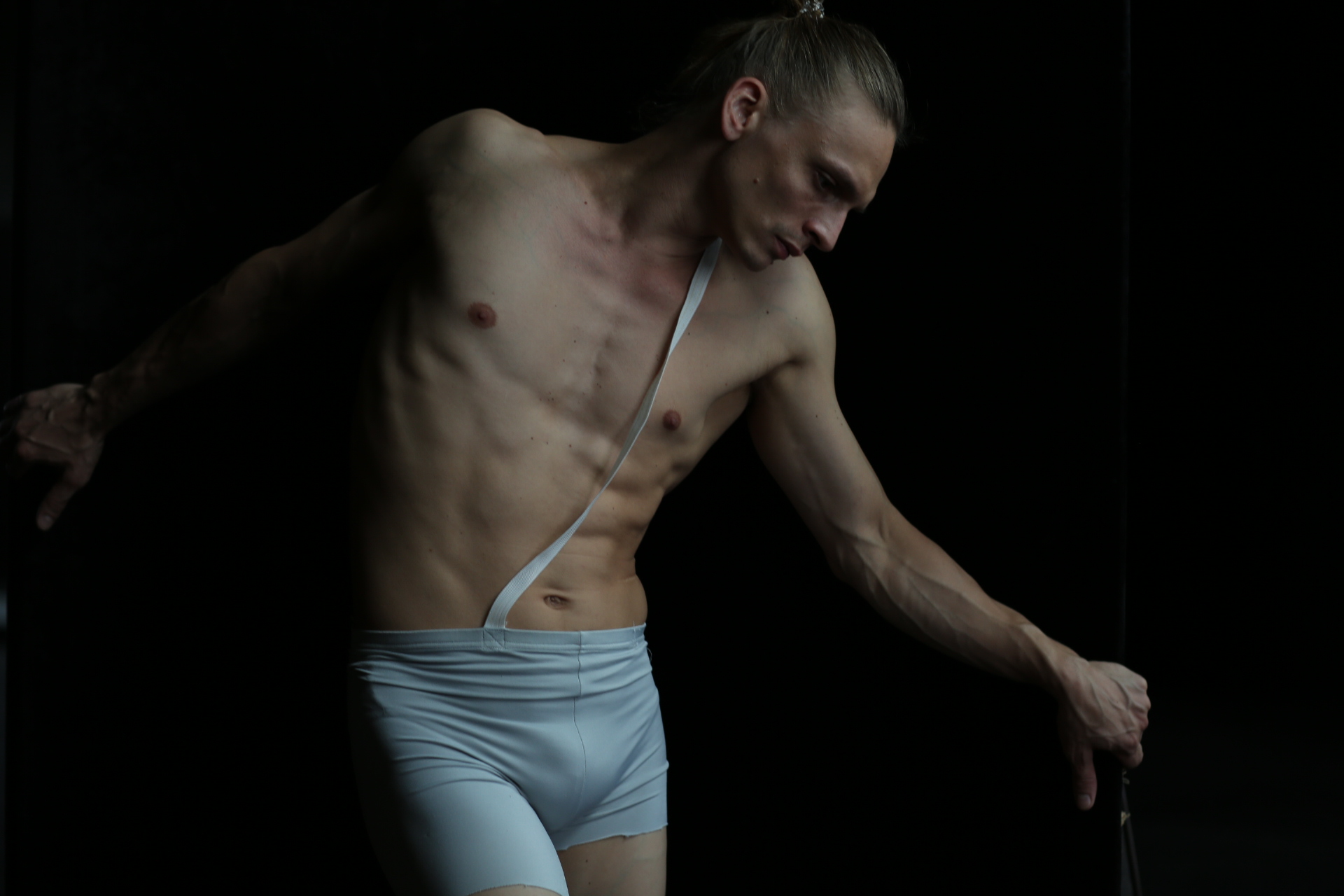 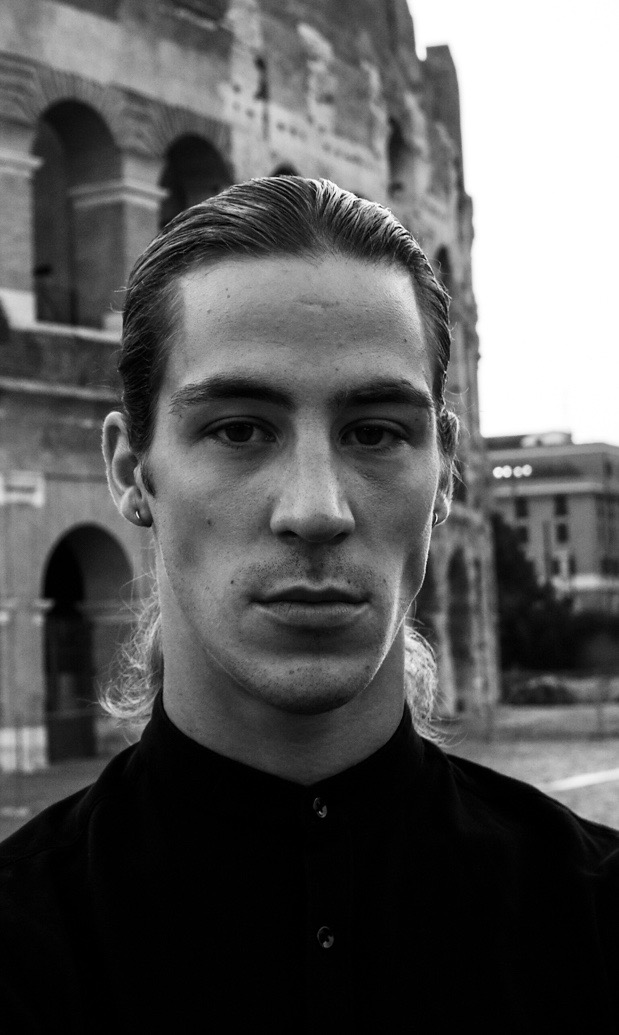 Pablo Girolami born on the 22.04.1994 in Neuchâtel (Switzerland) is Italian and
Spanish. He studies at the Dance Academy Zürich and graduates in 2014. In 2014, he starts his professional career as a dancer with the Hessisches Staatsballett Wiesbaden/Darmstadt. Then, In 2018, he joins Spellbound Contemporary Ballet in Rome. In 2017 and 2018, he creates “I see you over there” for the Hessisches Staatsballett and ‘’Mose3’’ in collaboration with DeDa Production and Café Klatsch. Currently, he is working as a freelance artist and artistic director of IVONA. In 2019, he creates ‘’Manbuhsa’’ with which he won the Premio Twain_DirezioniAltre2019 as well as the audience award at the CortoinDanza 2019 in Cagliari and at the 33. Madrid choreography competition. In 2020, Pablo Girolami creates for IVONA a short production, ‘’Gianni-Pasquale’’ and a full length evening ’’Manbuhsona’’. In 2021 he creates “T.R.I.P.O.F.O.B.I.A.” with which IVONA wins the prize for best choreoghraphy at the Certamen Coreográfico Distrito de Tetuán – Madrid and the audience award at the RIDCC – Rotterdam. He also creates various pieces for companies and schools such as EgriBianco Danza, Kseij Dance companies The LabCollective, TanzWerk101 Zürich, Equilibrio Dinamico, ChoreoLab Made in Ulm..

Selected with: WE FIND EACH OTHER IN THE PLENUM

Zoi Efstathiou is born in Greece. Since 2016 she has collaborated with Anne Teresa De Keersmaeker as a Repertory dancer in Belgium. Between 2013 and 2016 she performed with Michèle Noiret’s production “Hors – Champ”. Between 2010 and 2015 she collaborated with choreographer Dominique Duszynski in the productions `Sous Les Ponts` (2010), `Sotto Voces` (2011), `Walkabout` (2014) and together they created the duet `Riff` (2012-2015), which has been performed in France, Belgium and Brazi. Meanwhile, Zoi created and performed her own productions `Mr Gingerbread Man` (2012/2018), `9 NiNe` (2014), `Chapter I` (2015), `(-)US` (2019), `We Find Each Other in the Plenum` (2018) in Belgium, Greece and Austria. Her dance duet `We Find Each Other in the Plenum` has been selected to be presented in the Rotterdam International Duet Choreographic Competition where it was one of the finalists and after an online voting the piece was first in audience`s preference. She studied with a full scholarship in the Professional Dance School `Niki Kontaksaki – Nikoletta Bakali` in Athens (2007-2010). After her graduation she traveled to Belgium where she lives till today. Her main research is the floating and grounded body that dances. The suspension that begins from the dancers’ deep connection with the earth becomes the basic characteristic of a different and unique technique, which follows the lines that already exist in the space and creates new inner geometries. 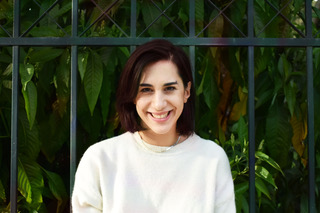